5G Security Concerns: What You Need to Know

If you own a smartphone, you may be following (or have at least heard about) the rollout of 5G cellular technology - the fifth generation of wireless network technology following 4G, and the new global standard. 5G technology stands to revolutionize communication, offering a myriad of benefits, from increased bandwidth and device connectivity, to faster downloading times, and reduced latency.

Naturally, however, the emergence of any new technology leads to questions and even concerns regarding its safety and security, and 5G technology is no exception. For example, you may have heard about security concerns some countries have about allowing international companies to bid on contracts to build the 5G infrastructure, as well as potential security vulnerabilities.

In this article, we’ll explore some of the concerns surrounding the 5G infrastructure and network. But before we delve into it, let’s review what 5G is and how it differs from its predecessor, 4G. 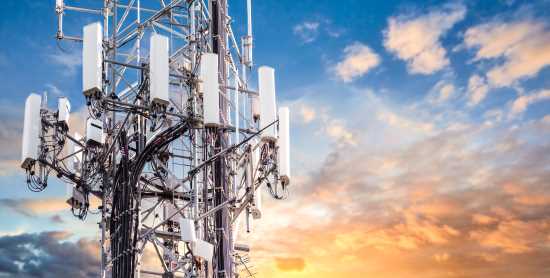 4G vs. 5G: Understanding The Difference

To the layperson, the transition from 4G to 5G may seem marginal; an improved technology is available that will make our devices faster. However, the difference between the 4G network and a 5G network is actually quite significant.

Traditional cellular networks have relied on the same radio frequency bands on the electromagnetic spectrum. However, due to the exponential growth of cellular usage and data consumption, these radio pathways have become increasingly congested. To mitigate this congestion, providers want to expand the frequency range used to include significantly higher millimeter waves.

The waves for 5G technology use frequencies that are between 30 and 300 gigahertz, a range that is 10 to 100 times higher than those used by 4G and WiFi networks. It’s said that 5G technology will offer at least a tenfold improvement in network performance compared to 4G. So while 4G has a peak speed of 10 Mbps, 5G has the potential to deliver speeds in the range of 10 to 20 Gbps.

While these frequencies will certainly be a boon to the cellular industry, you needn’t have electromechanical training to be aware of the concerns surrounding 5G technology that have been circulating in the media, including those surrounding security.

Since the upgrade will be so significant and enable the connection of a wide range of devices, more people will be investing in IoT (Internet of Things) enabled devices. As such, it is said by some that 5G technology is paving the way for an influx of security vulnerabilities for homes, businesses, and even at the government level.

Since 5G contains more vectors than previous generations, many believe this increases cyberthreats. And this concern is not without merit. In 2019, researchers at the University of Iowa and Purdue exposed 11 vulnerabilities inherent in 5G technology that could allow denial of service, or permit the hijacking of crucial systems, such as those used to broadcast emergency alerts.

Another security risk arises from switching from one network (5G) to another (4G), which will occur by design when a sufficient 5G signal is not available. When the network switches from 5G to 4G, or even 3G, the system will be left vulnerable to threats that weren’t addressed in the earlier generations’ protocol.

In addition to potential security vulnerabilities, there are also concerns over the increased number of transmitters required to support the technology. 5G technology will require upwards of hundreds of thousands of wireless transmitters to be installed in towns and cities - about one every two to 10 homes. For this reason, some cities and communities are reluctant to adopt 5G, citing concerns surrounding safety (many of which are unfounded or overstated) and aesthetics.

Experts will continue to test the new technology as it gradually rolls out and evolves, to ensure its safety and security. For now, everything we know about 5G networks leads us to believe that the benefits of the technology outweigh the concerns, provided that governments, service providers and their partners work to ensure the integrity of the network is prioritized.

With the rise of the "5G economy" the world will see the emergence of new jobs markets and a demand for new skills across industries. This includes electronics technicians, who will play an integral role in implementing and maintaining the 5G infrastructure. If this is of interest to you, consider enrolling in online technology courses to further your knowledge and skills.